A Hidden Cost of Inflation 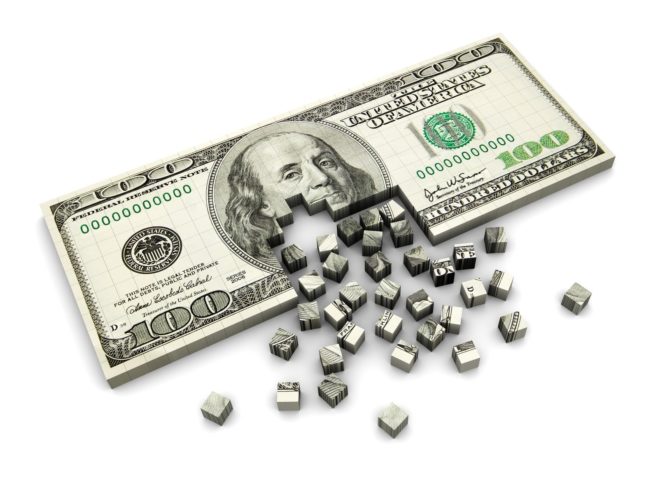 Many readers will know that the Currency and Foreign Transactions Reporting Act of 1970 requires that financial institutions must keep records of cash transactions summing to more than $10,000 in one day and report suspicious transactions to the federal government. In addition, people coming into the United States from foreign countries (including US citizens) must declare cash or other negotiable instruments they are bringing into the country if the amount exceeds $10,000.

Monitoring large holdings of cash and cash transactions provides a way for the government to identify people who may be engaging in illegal activity. These reporting requirements open the potential for government to abuse them, especially because of civil asset forfeiture laws that allow governments to confiscate assets without proof of any wrongdoing, and require the owners of the assets to prove they were not associated with any illegal activity to get their assets back. That’s an important point, but not my point here.

One aspect of this requirement is that because the limit is stated as a dollar amount ($10,000), inflation lowers the real value of that limit year after year. Adjusting for inflation, $10,000 in 1970, when the Act was passed, would be $65,000 today. As inflation continues, the reporting requirement continues to shrink in terms of real purchasing power.

At today’s current inflation rate of 2.5%, the value of a dollar will fall by half in 29 years. If inflation picks up beyond that, it will take less time for the value of a dollar to decline by half. As time goes on, more and more cash transactions will be covered under the Act, enabling the government to monitor even more of our financial activities.

Back in 1970 when the Act required reporting of cash transactions in excess of $65,000 in today’s prices, you can imagine people not objecting, thinking that there would be little reason to be holding that much cash. But there are some good reasons to have more than $10,000 in cash, and as inflation makes that number even smaller, more people and more transactions will be captured by government reporting requirements.

Could a legal challenge be possible? If when the Act passed it required reporting of cash transactions exceeding $65,000 in today’s dollars, it appears that one could claim that even if that was reasonable, the $10,000 limit today is not.

Setting aside any legal issues, one hidden cost of inflation is that it makes an increasingly large share of cash holdings and transactions subject to government surveillance.

Randall Holcombe is Research Fellow at the Independent Institute and his Independent books include Housing America: Building Out of a Crisis and Writing Off Ideas: Taxation, Foundations, and Philanthropy in America.