You may be aware of the attempts by Democrats in the House of Representatives to obtain President Trump’s tax returns, which they claim here is to see if the returns were properly audited and enforced by the IRS. I am confident (though I haven’t seen them) that the president’s tax returns run hundreds if not thousands of pages, and it seems dubious that a congressional committee would be competent to second-guess the IRS regarding those returns.

But, House Ways and Means Committee Chairman Richard Neal also claims in the press release linked above, ample legal precedent says it is improper for the executive branch to second-guess the motivations of Congress, and that Congress has the right to demand to see the president’s tax returns.

It would seem, following the Fourth Amendment to the Constitution, that they would need to state a probable cause to request the returns. And if the probable cause is just to see if the IRS has appropriately evaluated the returns, they could make that claim about anybody’s returns, including yours. But it would also seem that the Internal Revenue Service Code has a provision that violates the Fourth Amendment and gives Congress the right to obtain anyone’s tax returns–yes, even yours–whenever they want to. 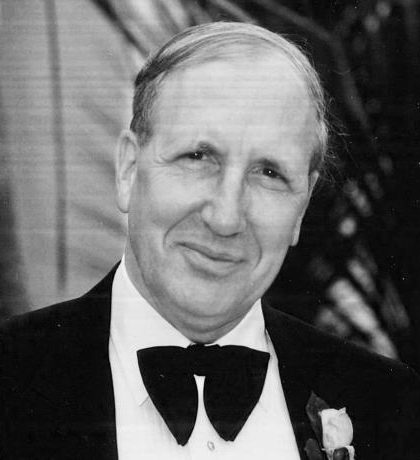 The Fourth Amendment to the Constitution reads in its entirety, “The right of the people to be secure in their persons, houses, papers, and effects, against unreasonable searches and seizures, shall not be violated, and no warrants shall issue, but upon probable cause, supported by oath or affirmation, and particularly describing the place to be searched, and the persons or things to be seized.”

I’m not an attorney, but this constitutional right appears to say that nobody can demand to see anyone’s tax returns without probable cause, and even then it appears that a warrant must be issued by a court affirming that the probable cause warrants the search of someone’s confidential tax returns. Democrats in Congress have given no reason why they think it is probable that the IRS has not properly evaluated the president’s tax returns. In short, the demand by House Democrats appears unconstitutional.

However, the Internal Revenue Service Code, 26 USC Section 6103(f)(1), says, “Upon written request from the chairman of the Committee on Ways and Means of the House of Representatives, the chairman of the Committee on Finance of the Senate, or the chairman of the Joint Committee on Taxation, the Secretary shall furnish such committee with any return or return information specified in such request, except that any return or return information which can be associated with, or otherwise identify, directly or indirectly, a particular taxpayer shall be furnished to such committee only when sitting in closed executive session unless such taxpayer otherwise consents in writing to such disclosure.”

So, it appears that Congress can ask to see anyone’s tax returns for any reason, according to the IRS Code. I don’t care whether Congress eventually is able to obtain the president’s tax returns, but I do care that the IRS Code gives Congress a power that, if one simply reads the plain language in the Constitution, is unconstitutional.

It also appears that while the tax return can only be furnished “in closed executive session,” there is nothing in the wording that prevents anyone in that session from later disclosing what is in the return.

The Democrats have sued to obtain the president’s returns, and my hope is that when this dispute ends up in court, that section of the IRS Code is declared unconstitutional. Keep in mind that according to the IRS Code, Congress has the same right to see anyone’s tax return as they have to see the president’s.

The ability of Congress to demand to see the tax returns of their adversaries has the potential to intimidate into silence anyone who might speak out against the government. If congressional Democrats succeed in their attempt, this will set a very dangerous precedent.

Randall G. Holcombe is Research Fellow at the Independent Institute and DeVoe Moore Professor of Economics at Florida State University. His Independent books include Housing America: Building Out of a Crisis (edited with Benjamin Powell); and Writing Off Ideas: Taxation, Foundations, and Philanthropy in America .
Full Biography and Recent Publications
Posts by Randall Holcombe | Full Biography and Publications
Comments
Before posting, please read our Comment Policy.