The Congressional Budget Office has released its 2018 report on the Long-Term Budget Outlook for the U.S. Government. In it, CBO analysts make surprisingly blunt assessments of the government’s worsening fiscal condition, which they confirm is primarily driven by excessive growth in government’s projected spending.

How blunt are they? They’ve directly inserted that message into several of the report’s graphics, starting with the cover page: 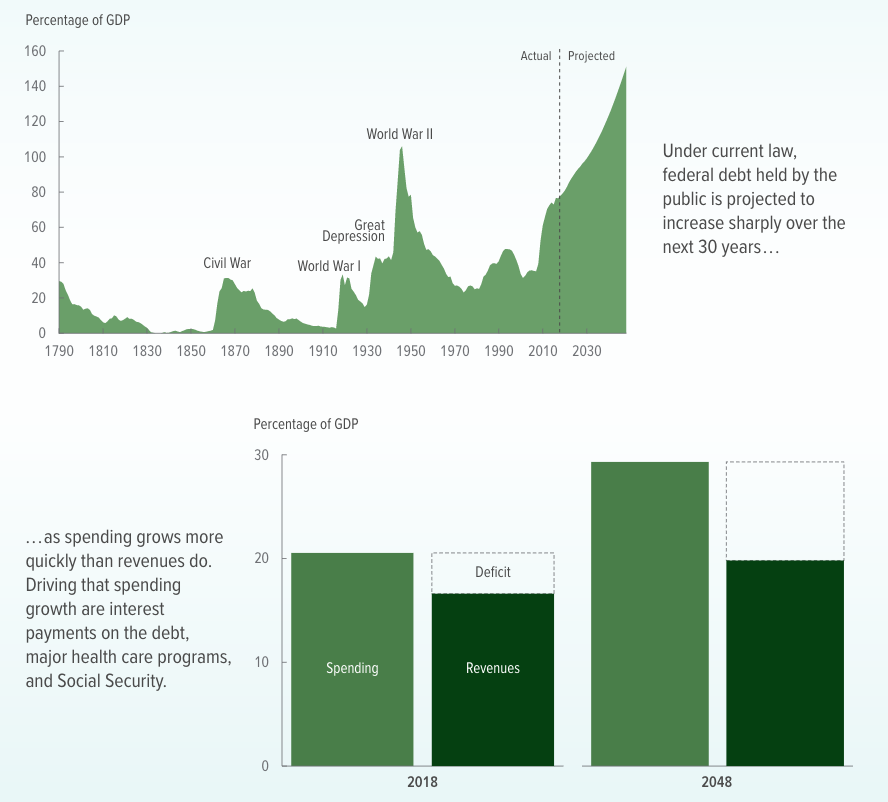 The CBO identifies the projected increases in spending on the U.S. government’s so-called “mandatory” welfare programs, which includes Social Security, Medicare, Medicaid, and the Affordable Care Act as the main drivers, with the amount of Net Interest on the national debt growing significantly over the next 30 years. Amazingly, they show that the amount of money the U.S. government is projected to spend on interest payments to the nation’s creditors will equal the amount it will spend on Social Security by 2048. 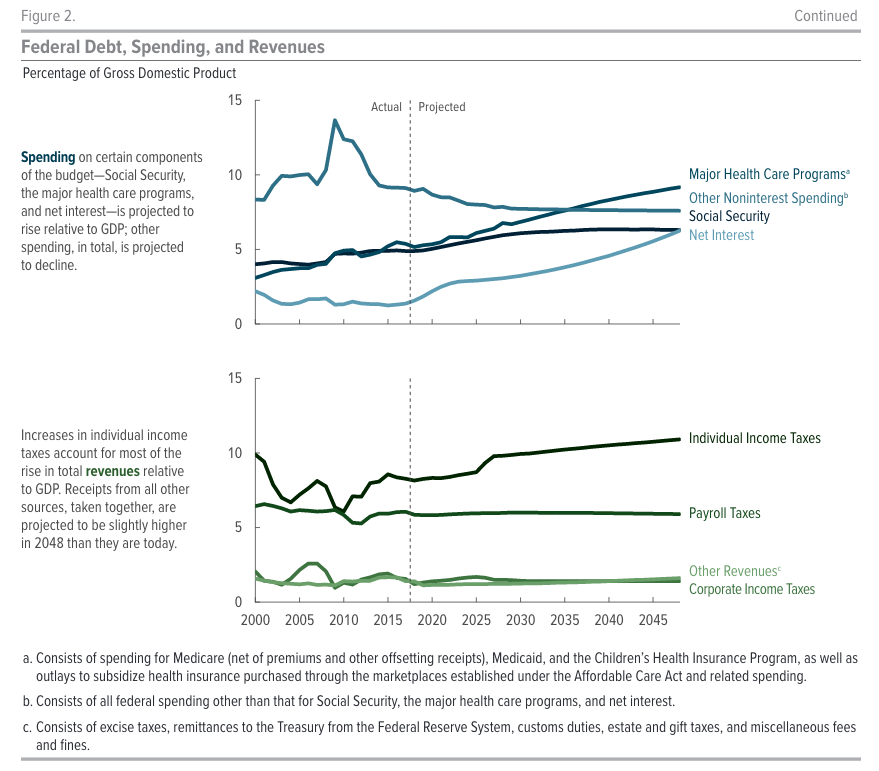 What effect will that have on the national debt? The CBO charts the answer to that question too! 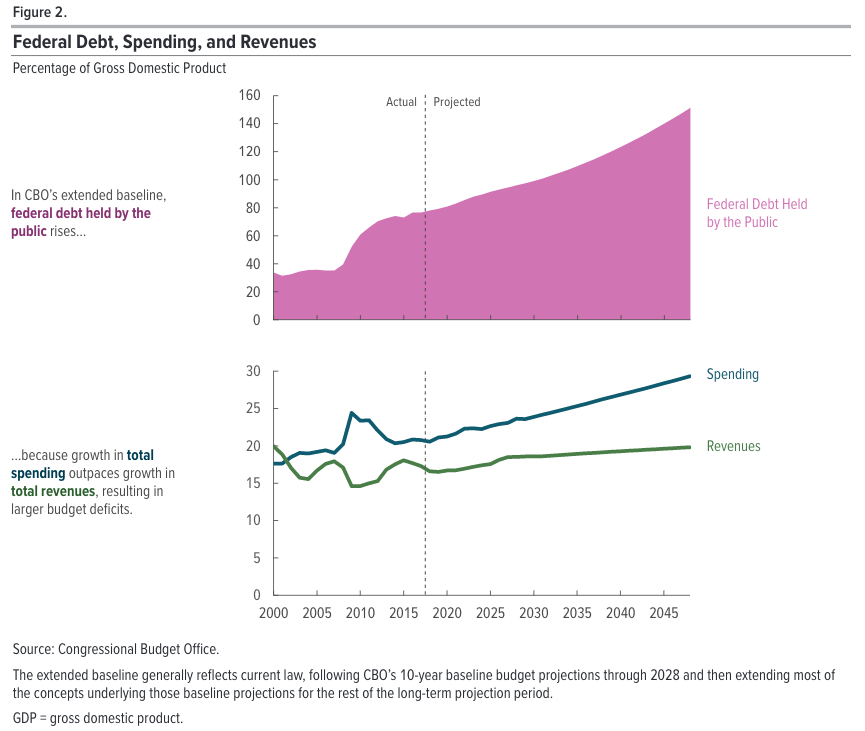 The CBO projects that U.S. revenues from tax collections will grow consistently over that period, while spending grows much faster rate. Over the next 30 years, it estimates that the publicly held portion of the U.S. government’s total public debt outstanding will have grown from 78 percent of the nation’s GDP in 2018 to 152 percent.

It really is the spending, stupid!