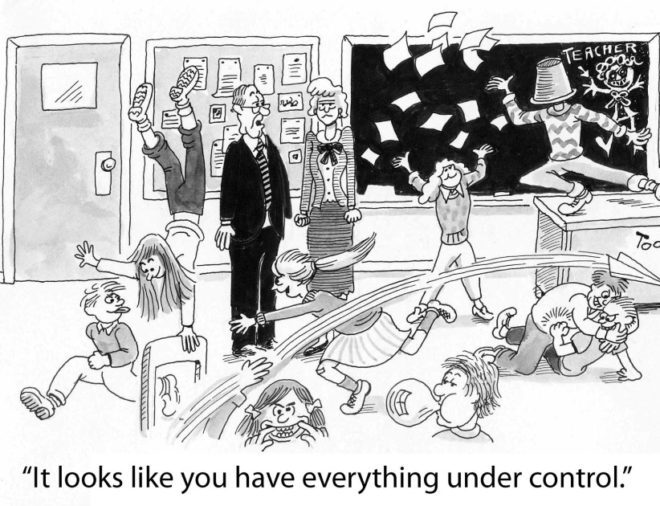 By and large, Americans support spending more money on public education and schools.

That general rule of thumb comes, however, with a caveat. Americans expect that when they give public schools more money, this will help to fund the education of their children and to support programs that promote their children’s development, such as athletics or the arts.

What they don’t expect is for the money they give to be siphoned off in ways that will either never show up in a classroom or that will never benefit their children.

But sadly, that’s exactly what is happening at school districts around the country, because of the increasing cost of public employee benefits. The editorial board of the Los Angeles Times recently weighed in on the worsening fiscal state of the L.A. Unified School District, where health care and pension benefits provided to the school district’s teachers, administrators, and employees are projected to drive the district into insolvency:

If it needed any more prodding about the looming budget pitfalls, the Los Angeles Unified School District certainly got it this week. An analysis by the nonprofit journalism organization CALmatters showed that the cost of L.A. Unified’s employee benefits has been growing faster than its base funding for five years. And a report by an outside task force put the district’s dilemma in blunt terms:

“L.A. Unified is facing a structural budget deficit which threatens its long-term viability and its ability to deliver basic education programs. The District’s own forecasts show it will have exhausted its reserve fund balance by 2020-21, will have a budget deficit of $400 million in 2020-21, and therefore be insolvent.”

The report noted that the district’s pension contributions will rise dramatically in coming years. And for the report’s ultimate shocker, there’s this: Within 13 years, the district’s healthcare and pension costs will eat up more than half its annual budget.

That grim fiscal scenario is already diminishing the quality of education in L.A.’s public schools when compared to school districts around the country that have similar student demographics according to CALMatters’ report:

According to these data, L.A. Unified’s salaries and health costs per teacher are higher, even when they are adjusted for cost of living, and it provides less instructional time.

L.A.’s Unified School District is providing a raw deal to Los Angeles’s taxpaying families, who are paying more for public school employees but getting less public education for their children in return.

The saddest part of the editorial is the revelation that the public school employees are fighting any fiscally responsible reform of their benefits and appear to be counting on getting bailed out by California’s cash-strapped state government, which has public employee pension funding problems that are already causing cutbacks in public services.

Without serious reform to put public school districts like L.A. Unified on a fiscally sustainable path, expect taxpayers around the country to confront similar situations, over and over again.