“Hell to Pay” for Hurricane Death Statistics in Puerto Rico 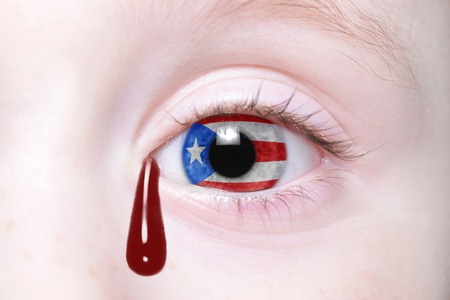 In an interview with CNN‘s Anderson Cooper on Thursday, May 31, 2018, Puerto Rico Governor Ricardo Rosselló said that there would be “hell to pay” if officials in the U.S. territory’s government were to suppress the reporting of statistics about the magnitude of the death toll stemming from the devastation of Hurricane Maria on the Caribbean island in September 2017:

“If it’s true, Anderson, there will be hell to pay, because I really want this to be very transparent. I want the truth to come out. That’s the bottom line. And I want us to learn from this tragedy.”

The problem with that statement is the long track record that Governor Rosselló and Puerto Rico’s government officials from both his administration and from previous administrations have in seeking to undermine transparency in the reporting of accurate statistics that the territorial government produces, which have greatly contributed to Puerto Rico’s massive problems.

Earlier this year, Rosselló and members of his New Progressive political party in the territorial legislature, who are affiliated with the national Democratic party in the United States, acted to dismantle the Puerto Rico Institute of Statistics (PRIS), an independent government watchdog agency with a successful 10-year long history of restraining the wasteful spending of Puerto Rico’s politicians and government bureaucrats. In the era before PRIS, much of that wasteful spending had been justified using highly suspect and self-serving statistics produced by bureaucrats at the territory’s government agencies, who all too often put their interests ahead of those of the people of Puerto Rico.

A $73 billion debt. An economy projected to shrink by 11 percent. Nearly one in five people—who are U.S. citizens—living in poverty. An estimated $95 billion in hurricane damages. These numbers truly reveal the severity of Puerto Rico’s plight. They also underscore why reliable and reputable data will be indispensable to guide Puerto Rico out of the crisis and into sustainable recovery.

Unfortunately, the Puerto Rico Institute of Statistics (PRIS), the only independent government agency in charge of crunching Puerto Rico’s numbers—over 300 statistical data sets, methods, and results—is about to be dismantled by its Legislature and Governor Ricardo Rosselló….

Some may think that eliminating PRIS and relying on hired contractors to manage the statistical functions of Puerto Rico is harmless. However (and regrettably), the government of Puerto Rico does not have a good track record when it comes to the transparency and cost-efficiency of government-issued contracts (remember Whitefish?). Puerto Rico’s statistical and data collection systems have been plagued by inaccuracies, inefficiencies, lack of credibility, and claims of manipulations for decades. PRIS has drastically reduced many of these issues producing independent and unbiased statistics through rigor and transparency.

In 2010, PRIS corrected Puerto Rico’s mortality statistics, which the local Department of Health had undercounted for years. PRIS also improved the way causes of death are classified, ensuring that all deaths are taken into account. These more accurate statistical tools would have been invaluable in calculating the official death toll from Hurricane Maria, which devastated Puerto Rico last September. However, PRIS was never included in this process and has been shut-out of a panel, created by Governor Rosselló, that will review the number of deaths attributable to the hurricane. Several independent reports by Latino USA and the Center for Investigative Reporting, The New York Times, and Santos and Howard, 2017, among others, and which have been dismissed by some Puerto Rican public officials, indicate that the numbers reported by the Government of Puerto Rico are off by up to 1,000 deaths….

The political power move being made by the Rosselló administration not only jeopardizes PRIS, but Puerto Rico’s reputation and future. If PRIS is eliminated, Puerto Rico’s statistical systems are likely to become highly politicized, like many other programs and agencies in the archipelago are.

Unfortunately, this is not the first time that PRIS is under siege. In 2010, PRIS’ executive director Dr. Mario Marazzi was suspended for demanding that the Labor Department publish the Consumer Price Index, which the latter had been overestimating, causing Puerto Ricans to unnecessarily pay more for everyday items like gasoline. In 2017, Governor Rosselló dismissed several members of PRIS Board of Directors who held PhDs in statistics, economics and demographics and replaced them with a lawyer and an accountant, because the former were not part of his circle of trust.

Governor Rosselló bears unique and direct responsibility in the withholding of accurate statistics related to Hurricane Maria’s death toll in Puerto Rico from the public, which have made it appear that Puerto Rico’s government under his administration has been more effective in providing relief and in promoting Puerto Rico’s recovery from the natural disaster than it has, and which may have impaired the effectiveness of the U.S. government’s own relief efforts that have relied on coordination with Puerto Rico’s government agencies.

While PRIS has been purposefully cut out of the review and analysis of Hurricane Maria’s death toll statistics, the watchdog agency hasn’t entirely been sidelined. On the same day that Governor Rosselló was interviewed by CNN, PRIS responded by suing the government of Puerto Rico to obtain access to its official data. NBC News reports:

In an attempt to get access to crucial data about deaths from government agencies in Puerto Rico, some groups have filed lawsuits against the island, NBC News reported.

The Puerto Rico Institute of Statistics (PRIS) filed a lawsuit Friday to order Puerto Rico’s Secretary of Health Rafael Rodríguez Mercado and the Director of the Demographic Registry Wanda del C. Llovet Díaz to comply with an information request filed by the PRIS from April 24. The request urges both public officials to publish in an open source way preliminary and daily updates about deaths in Puerto Rico.

“After the experience of Hurricane Maria, and with the new hurricane season beginning, it is urgent to configure public information services so that after the next hurricane, information about the deaths that are registered in Puerto Rico flows openly,” Mario Marazzi, PRIS’ executive director, said.

With $73 billion in debt, Puerto Rico’s territorial government can ill afford the legal bills that would arise from Governor Rosselló’s administration continuing its opposition to providing real transparency in the reporting of public statistics, which would truly be more hell to pay.

Which is perhaps why Puerto Rico’s Health Department suddenly “buckled under pressure” and released the data on deaths in Puerto Rico that it had been withholding during the afternoon of Friday, June 1, 2018. It seems that politicians really do respond to incentives.

Craig Eyerman is a Research Fellow at the Indepenent Institute.

Craig Eyermann is a Research Fellow at the Independent Institute, Managing Director of Political Calculations, and the creator of the Government Cost Calculator at MyGovCost.org.
Posts by Craig Eyermann
government transparency Puerto Rico statistics
Comments
Before posting, please read our Comment Policy.