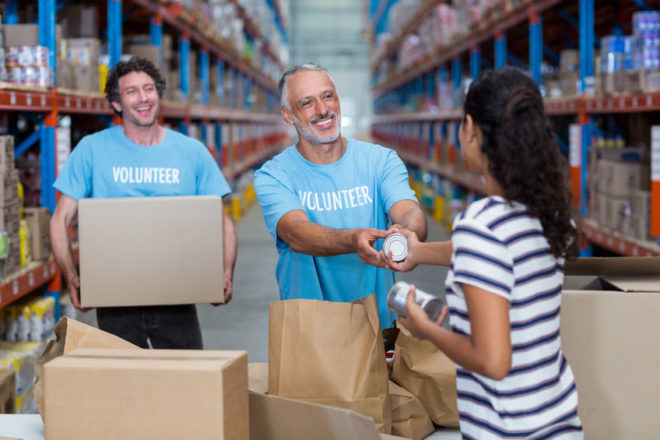 Feeding America is a network of 200 food banks and 60,000 food pantries and meal programs that helps to feed 46 million Americans annually, including 12 million children and 7 million seniors. The network fights hunger and poor nutrition by working with manufacturers, distributors, retailers, food service companies, and farmers to gather food before it is wasted and distribute it to local food banks across the country.

One concern that a new CEO of Feeding America heard regularly from local food bank directors was that they often received food that they did not want because they already had sufficient inventories or local customers would not take it. Food distribution decisions were made at the central office, and mismatches occurred frequently regarding what local food banks wanted and what they received. Dispersed local food banks had knowledge of their food priorities, but the central distributor acted independently of those priorities.

Most economists would immediately recognize this as an example of the “knowledge problem,” explained by Nobel laureate economist Friedrich Hayek in his 1945 paper titled “The Use of Knowledge in Society.” Hayek’s insight was that decentralized economic activity does a better job than centrally managed economic activity because it does a better job of mobilizing the knowledge relevant to the decisions that need to be made, knowledge of “particular circumstances of time and place.”

Feeding America’s CEO recognized the mismatch between local and central knowledge, and was determined to solve the problem. Working with a group of local food bank directors and economists at the University of Chicago, they devised an ingenious solution involving fake money and a national online auction market, similar to EBay.

The new system works so well that it convinced a skeptical socialist that he was wrong: market incentives can allocate food better than central command and control. It’s a lesson for all private charities: proper incentives can improve service delivery and help achieve the organization’s overall mission.

Listen to this great story by Planet Money on how economic insights and modern technology are helping to feed 46 million Americans more effectively every year.