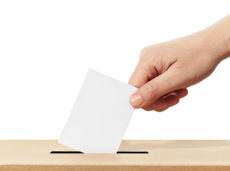 Most Americans recognize that while the American Founders established a constitutionally limited government of enumerated powers, twenty-first century American government has expanded well beyond the boundaries our Founders designed. Some are unhappy about this; others believe it is entirely appropriate, thinking that our advanced post-industrial society needs much more government involvement than the mostly-agrarian nation did when it was founded.

Regardless of whether one favors or opposes the massive expansion in the size and scope of government, the reason government has been able to escape the bounds of the constitutional constraints designed by the Founders is the acceptance of the ideology of Progressive Democracy.

Progressivism says that one role of government is to further people’s economic well-being, even if it imposes costs on some for the benefit of others, while Democracy validates the actions of government by asserting that it is carrying out the will of the people as revealed through the democratic political process.

The ideology of Progressivism views the role of government not only as protecting people’s rights but also looking out for their economic well-being. The Progressive movement, begun in the late 1800s, was a reaction against the industrializing economy that had produced a few individuals with substantial wealth and economic power. Progressivism was designed to protect the economic interests of farmers, small shopkeepers, and others with limited economic power from being exploited by those with concentrated economic power.

While the Progressive ideology views one role of government as looking out for people’s economic well-being, it also was explicitly redistributive from its beginning. Its intention was to improve the economic well-being of some people by imposing costs on others. When the Progressive movement began, those others who would bear the cost were the industrialists, financiers, and others with concentrated economic power.

Twenty-first century Progressivism is even more redistributive, with its progressive income taxation and welfare programs to help the poor, the elderly, farmers, and others who have sufficient political power to get government to design government programs for their benefit.

When nineteenth-century Progressivism was designed to impose costs on some, the thought was that those who bore the costs should bear them because they were unfairly using their economic power to take advantage of others. Twenty-first century Progressivism imposes costs on some not necessarily because they deserve to bear them, but just because that is how government finances the benefits it gives to others.

Progressivism embraces the idea that the general welfare can be improved by imposing costs on some for the benefit of others.

The ideology of Progressivism authorizes government to benefit some at the expense of others. The ideology of Democracy asserts that when the government does this, it is carrying out the will of the people. as revealed through the democratic process.

Thus, the ideology of Progressive Democracy has displaced the classical liberal ideology of constitutionally limited government envisioned by America’s Founders, which has allowed the massive expansion in the size and scope of government.