Power to the Workers: Shut Down the Farm Labor Board 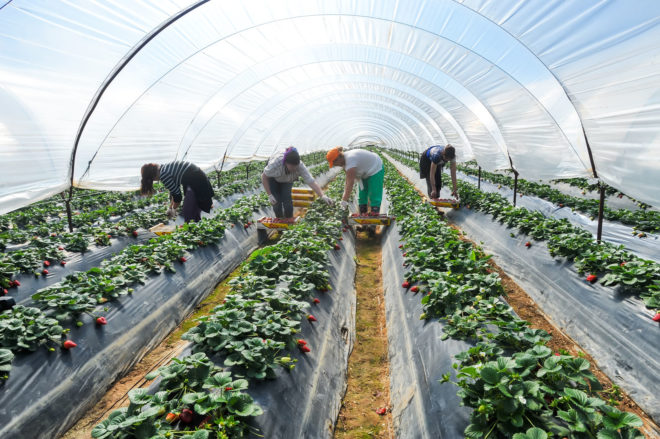 California’s Fifth District Court of Appeal has now demanded that the state Agricultural Labor Relations Board reveal the results of a 2013 decertification election at Gerawan Farms, a major grower in the central valley. Those workers are not the same ones who signed a contract with the United Farm Workers in 1990. More than 20 years later, the union reappeared and demanded that the workers pay the UFW three percent of their wages and those who refused would be dismissed. The workers held protests outside ALRB offices and the agency finally agreed to let them vote to decertify the UFW. The union demanded that the ALRB not count the ballots, and the ALRB duly complied. The unelected board, composed entirely of government appointees, also imposed a contract on Gerawan, with no ability to opt out.

The appeal court ruled that Gerawan had not indulged unfair labor practices. The court also demanded a tally of the 2013 vote, but the ALRB announced no plan to comply. The refusal to count the ballots, at the behest of an outside party, was a dereliction of duty. Since no board member was fired or replaced, the ALRB operates without accountability. That is unacceptable and legislators should dismiss the current board and do away with the board entirely. It servers no legitimate purpose and many independent organizations could count the ballots and oversee future elections at little or no cost to taxpayers. Meanwhile, heavy-handed tactics are not new for the UFW.

Supposedly saintly founder Cesar Chavez opposed the migrant workers he called “illegals” and “wets” and deployed goon squads to intimidate and beat up his rivals. Chavez and UFW co-founder Dolores Huerta organized an “Illegals Campaign,” that tracked immigrants in the fields and reported them to the federal government.

The greatly diminished UFW doesn’t represent all farmworkers and unions don’t represent all workers. According to the federal Bureau of Labor Statistics, only 15.5 percent of wage and salary workers in California are union members. A full 84.5 percent of California workers, the vast majority, are not union members. Unions are not the same as “labor” and better described as a special interest.

K. Lloyd Billingsley is a Policy Fellow at the Independent Institute and a columnist at The Daily Caller.