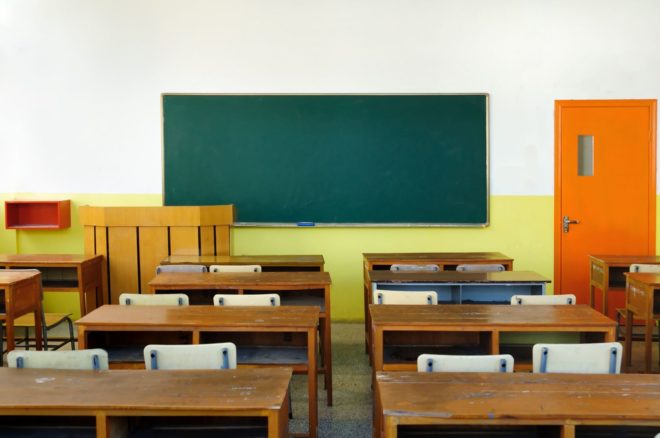 “Teachers are standing up for their students and themselves against largely red states with weak labor laws,” writes American Federation of Teachers President Randi Weingarten in her recent USA Today editorial. “The days of passive resignation,” she says, “are over.”

Weingarten and others seem fond of characterizing the recent wave of teacher strikes as political re-awakenings. Yet preliminary findings from a pending survey suggest that teachers unions and their allies may regret their “Remember in November” mantra.

Commentators spanning the left-of-center spectrum have highlighted how union leaders were largely Johnny-and-Jane-come-latelies to teacher strikes in West Virginia, Oklahoma, Kentucky, Arizona, Colorado, and most recently North Carolina (see here, here, here, here, here, and here). This is a significant misstep at a time when unions are fighting for their collectivist lives.

This summer the U.S. Supreme Court is expected to rule in Janus v. AFSCME, a case brought against government unions for charging non-members agency fees. If unions are prohibited from charging these fees, the cost of members’ dues could soar—by hundreds of dollars annually in the case of California Teachers Association members (see here and here). The result? Less money and fewer members.

Anticipating an unfavorable ruling, the National Education Association is reducing its two-year budget by $50 million and bracing for a membership nosedive in excess of 300,000 teachers, according to union watchdog and Education Intelligence Agency Director Mike Antonucci.

But it doesn’t take wildcat teacher pay strikes or Supreme Court cases to see just how out of step unions appear to be with rank-and-file teachers, whose average salaries are seven to eight times lower than what Weingarten or NEA President Lily Eskelsen García makes.

This disconnect is further reflected in low levels of teacher engagement with their unions, including advocacy-related activities. Less than one in five unionized teachers say they participated in a union-organized rally (18 percent) or took an online advocacy action (15 percent) in the past year (p. 6).

So much for unions’ claims about being the voice of teachers (see, for example, here and here), especially in political matters.

Contrary to the collectivist mythos dominating union policies and practice, teachers are not a monolithic voting block. They don’t need—or want—any Grand Poobahs telling them how to vote.

But apparently, some strike organizers missed the memo.

Those demands were defeated the following week when the budget plan came to a vote (see here and May 2-3, 2018, tweets here). The 20 percent teacher pay raise, however, was passed along highly partisan lines, with all but four Democratic lawmakers voting against it, and every Republican lawmaker except one voting in favor.

Meanwhile, many Arizona parents, who are largely supportive of higher pay for teachers and have approved billions of dollars in additional education spending, are angered that the strikes meant their children missed more than a full school week (see here, here, and here). Want to make parents even angrier? Tell them the strikes were really “for the children” (see comments).

So, come November parents, teachers, and taxpayers in Arizona and other states will certainly remember—but likely not the way strike organizers or union bosses presume they will.

Vicki Alger is a Research Fellow at the Independent Institute in Oakland, California, and author of the book Failure: The Federal “Misedukation” of America’s Children.