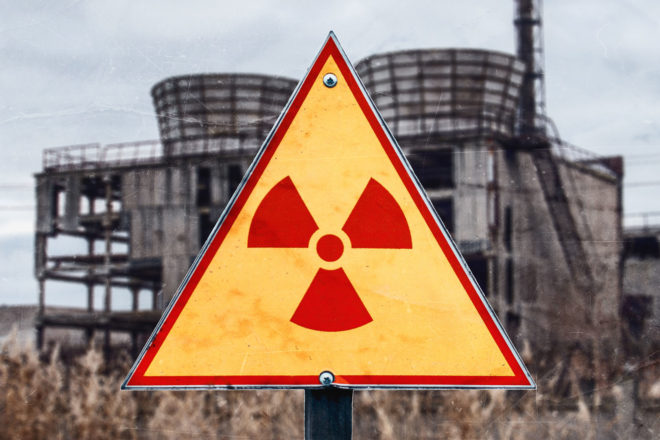 This week marks the 32nd anniversary of the Chernobyl nuclear accident. Modern perceptions of Chernobyl often picture a decaying Soviet landscape forever frozen in the 1980s. A quick Google search for “Chernobyl disaster” returns images of empty classrooms with peeling wallpaper and a dilapidated amusement park, full of rusted bumper cars and overgrown with weeds. They are eerie sights to behold, and it is little wonder that they capture our imaginations.

While the Chernobyl meltdown truly was a disaster, the perceptions and misunderstandings that surround the accident often undermine one of the major benefits of nuclear energy: its relative safety.

The accident, which occurred in a small Soviet town situated near the present-day borders of Ukraine and Belarus, remains perhaps the most infamous nuclear disaster ever. It stands as an outlier in an industry that historically has provided the world with more zero-carbon electricity at a lower environmental cost than any other source of power.

The failure of the Chernobyl-4 reactor was an unfortunate combination of flawed Soviet designs and human negligence. Safety protocols had been disabled by plant operators for routine maintenance, enabling the reactor core to overheat and explode, releasing radioactive material into the surrounding area. The meltdown culminated in the immediate deaths of 30 people, two of whom died during the meltdown itself and another 28 dying shortly afterward from radiation exposure.

Yet aside from that calamity, no instances of death related to radiation exposure from nuclear power plants have been recorded, even though more than 600 nuclear reactors have been built around the world since 1954. Remarkably, deaths associated with wind turbines over the past decade are three times as high as deaths from Chernobyl, although this statistic gets little if any media coverage.

Only one other nuclear plant failure, aside from Chernobyl, has been rated as a major accident by the International Atomic Energy Agency. That event happened in March 2011, when a powerful tsunami slammed into Japan’s Fukushima-Daiichi nuclear plant, shutting down power supplies to three of the plant’s reactors and flooding their backup generators. The power interruption caused all three reactors to melt down. The immediate area around the plant had to be evacuated, but no lives were lost from radiation leakages.

The two disasters have cast a long shadow on the public’s perception of nuclear power. In the immediate aftermath of the Fukushima accident, survey data showed that 62 percent of people around the world opposed nuclear power.

Chernobyl and Fukushima must be kept in perspective, however. Nuclear power still supplies around 11 percent of the world’s electricity. If one considers the number of fatalities caused by nuclear plant failures—those known to have been caused directly by plant failures and those supposed to have occurred from prolonged radiation exposure—and scales them by the amount of electricity produced by nuclear technologies, nuclear remains the safest form of energy production. The mortality rate for wind is almost twice as high, and solar is almost five times as high. Fossil fuels all have significantly higher mortality rates.

As countries continue to move towards lower-emissions renewable energy portfolios, it is important to remember that events like Chernobyl and Fukushima are outliers. Modern reactors are in development right now that are physically incapable of melting down. The Nuclear Regulatory Commission approved a reactor concept earlier this year that is walk-away safe, meaning that it is reliable enough to operate without any of the traditional back-up power systems that were needed for older reactor designs.

The world is still a long way from a future of zero carbon emissions, but that goal can be achieved sooner if nuclear energy plays a much larger role in generating electricity. Even today, nuclear provides an opportunity for clean, reliable baseload power that not even wind or solar can match. Throw in the added benefit of producing electricity at a level of safety no other technology can promise and it should be easy to see why it is time to consign Chernobyl to the dustbin of history.

William F. Shughart is Research Director and Senior Fellow at the Independent Institute and author of the book, Taxing Choice: The Predatory Politics of Fiscal Discrimination.

Brian Isom is a Policy Fellow at the Independent Institute and Research Manager at the Center for Growth and Opportunity at Utah State University.