The Other Money Heist 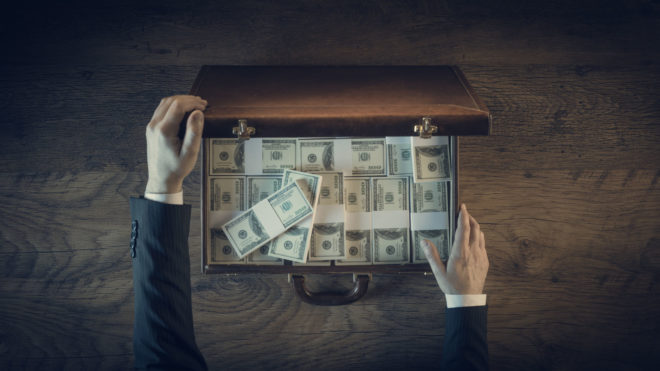 Sometimes fiction offers better lessons in political economy than reality. “Money Heist,” the Spanish TV series that is having a big global impact thanks to Netflix, gives us a very important one (no, I won’t spoil it).

The Premise: “The Professor” directs a gang of robbers who assault the Royal Mint of Spain in order to print 2.4 billion euros and hopefully take off with the money. His argument: we are not stealing from anyone because we are printing new notes, just as the central bank does today by creating euros out of thin air. The European Central Bank (just like the U.S. Federal Reserve) channels the newly created money to the banks. The only difference is that the robbers, all of whom have mountains of problems, want it for themselves.

All the monetary analysts of the world would not be able to instill in people such a powerful idea about what central banks have done since the beginning of the financial crisis. Although the Professor uses a cynical argument to justify the gang’s actions, there is a tacit lesson here: governments have indirectly been robbing people for years by creating money artificially under the cover of political sophisms that make it hard for folks to understand that they are the victims.

The robbers intend to print 2.4 billion euros. How much money has the European Central Bank created since the start of the financial crisis? About two thousand times more than the amount coveted by the Professor’s gang (a total of about three trillion).

By producing this money and maintaining interest rates very low, governments sought to stimulate the economy. The goal was to have people and businesses borrow and spend, and for governments to continue to incur debt while avoiding the high cost of servicing it. Never mind that the origin of the crisis had been a monumental indigestion of credit due to an insatiable appetite for borrowing. To avoid placing the weight of the recovery on the shoulders of those who had borrowed too much or used their credit to invest in useless ventures, i.e., on bringing back financial discipline to governments, businesses and households, central banks began to print money maniacally, as in “Money Heist.”

What’s the consequence of this? Where’s the robbery? One, many European households and businesses, as well as several governments, have more debt today than ten years ago. Two, interest rates, as usual after a monetary binge, are finally rising, which means that sooner or later those households, companies and governments will find themselves under significant stress. Finally, a part of the artificial money that central banks have channeled to the banks has been used by them to speculate in the stock market, feeding a new bubble.

Ten years ago, at the beginning of the financial crisis, the sum of household and corporate debt in the eurozone was equivalent to 148 percent of GDP; today it exceeds 160 percent. In France, corporate debt alone is already equivalent to 134 percent of GDP, while in the Netherlands household debt is almost three times higher than net disposable income. In Spain, government debt as a percentage of the economy is much more than double what it was at the beginning of the crisis. As for the stock market, in the United States the main indexes have tripled since 2009 despite the fact that economic growth has been fairly low on average during this decade.

When the next credit crisis occurs or the next stock market bubble bursts, folks should remember the hold-up that central banks have perpetrated by increasing the debt when the essential thing was to reduce it, and provoking speculative investments. And then they should think about the tacit lesson of “Money Heist.”