Free market think tanks are in the business of expanding individual liberty. This often requires persuading people to think differently on certain issues. That said, think tanks invest few, if any, resources in studying the science of persuasion. What is the best approach to change people’s opinion? How do people change their opinion and why? New evidence from big data provides insights into these questions.

Evan Soltas is a Rhodes Scholar at the University of Oxford. Seth Stephens-Davidowitz is an economist in New York City and former Google data scientist. Together, they’ve researched Google search data, which they call a modern day “confessional box,” to gauge public sentiment on controversial issues.

Soltas and Stephens-Davidowitz argue that people type things into Google searches that they would not feel comfortable telling a pollster. People are less guarded in Google searches and, therefore, this data may provide purer, uncensored insights into people’s thoughts than answers to survey questions or public postings on Facebook. Anonymous aggregate search data are unprecedented views into the human mind.

Using weekly data from 2004 to 2013, their research found a clear correlation between anti-Muslim Google searches and anti-Muslim crimes. In weeks when searches for “kill Muslims,” “I hate Muslims,” “all Muslims are terrorists,” or some such phrase were high, more anti-Muslim crimes occurred on average. Soltas and Stephens-Davidowitz concluded that search data reveal a link between thoughts and actions. Big data also provide insights on how to change people’s opinions or sentiments on issues.

Four days after the terrorist attacks in San Bernardino, Calif., on December 2, 2015, President Barack Obama addressed the nation from the Oval Office. In the speech, Obama asked Americans to be tolerant, to not push Muslims away, to reject discrimination against Muslims, and to reject religious tests for immigration. He emphasized American values and freedom over fear. Based on Google searches, which can be analyzed down to the minute, these statements backfired, inflaming people more.

But in another part of the speech, Obama spoke about how Muslim Americans are our friends, neighbors, co-workers, sports heroes, and men and women who are willing to die in defense of the country. Following this, for the first time in more than a year, the top Googled noun after “Muslim” was not “terrorists,” “extremists,” or “refugees,” but was “athletes,” followed by “soldiers.” “Muslim athletes” remained the top search for a day afterward, prompting conversations on social media. For example, many people were surprised to learn that former NBA superstar Shaquille O’Neal is Muslim.

This early mining of big data yields a few insights:

These findings support the old adage, “You can’t change people, but people do change.” Consider yourself successful as a writer, speaker, or reformer if you get people curious enough about your views to learn more about them. The goal is to subtly provoke curiosity by giving people new information in a context that relates to their daily life and makes them engage in active learning.

Active learning can involve internet-based research and education, but it should also be thought of broadly to include fiction and non-fiction storytelling involving writings, movies, short videos, and face-to-face gatherings. Many people don’t think about intentionally “educating” themselves, but they’re open to a good story. For example, many people would never read a policy white paper or an op-ed, but they’ll read a novel by Robert Heinlein that painlessly exposes them to new ways of seeing the present and the future. Learning about new ideas often occurs best when people are being entertained and don’t realize they are learning. Storytelling is a way to reach people who don’t intentionally seek to “educate” themselves.

The process of persuasion is depicted below using the “marketing funnel” (this graphic is specific to digital marketing, but it transfers well to the think-tank space). 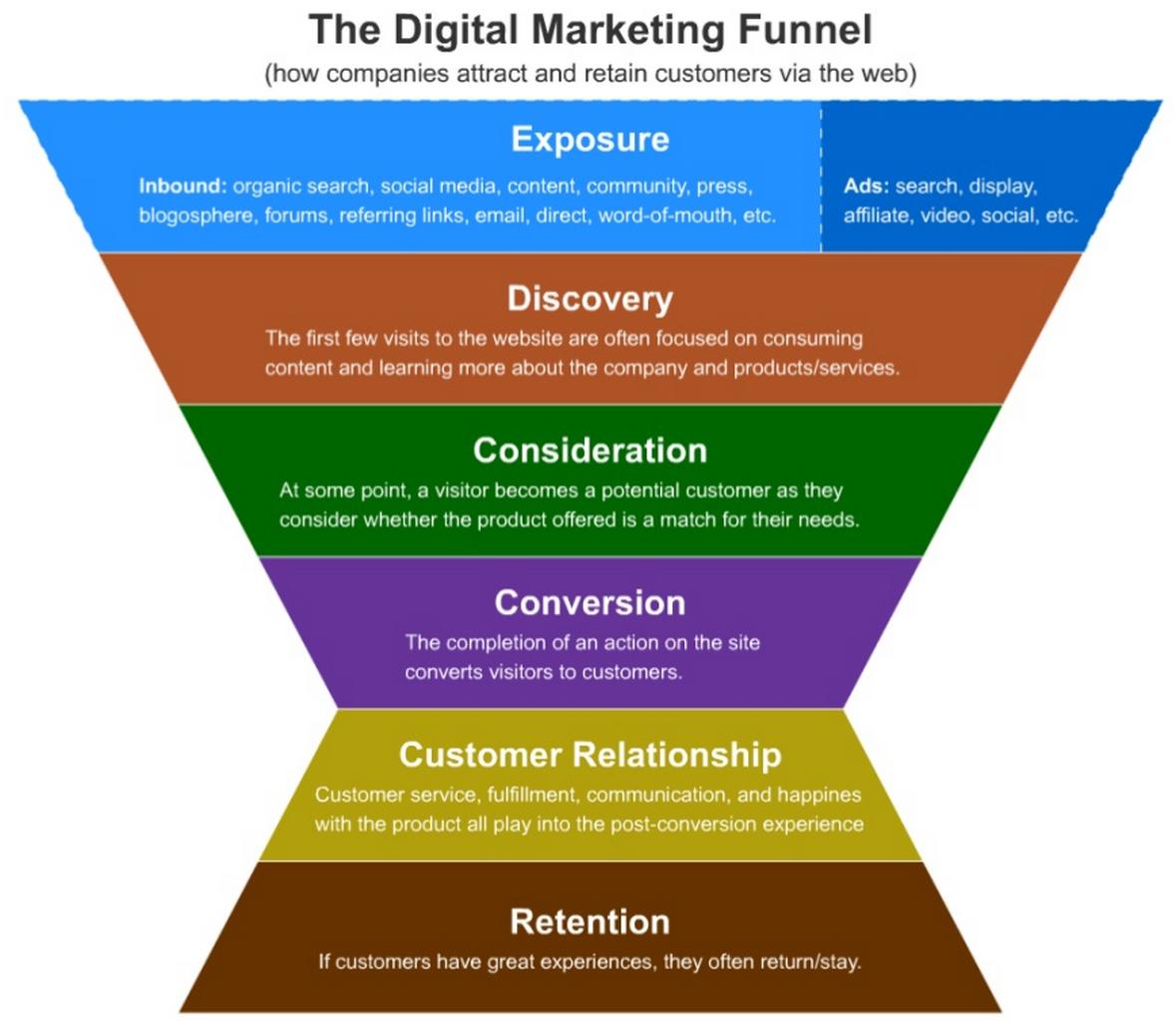 The reformer seeks to “convert” people to their viewpoint and to have people “retain” that opinion. Big data suggest that this process is subtle, involving active learning by audience members. First, “expose” them to the idea using storytelling that provides specific, new information that relates to their life and piques curiosity. This can be the most challenging stage as people have busy lives and capturing their attention is difficult.

Ideally, exposure results in self-initiated “discovery” to learn more about the idea and to “consider” whether to accept or reject the idea, or some variation. Ongoing storytelling (“customer relations”) can expose them to the idea in fresh contexts and in a variety of formats (fiction, non-fiction, writings, movies, etc.). The goal is to have people “convert” to the reformer’s viewpoint and “retain” that opinion, perhaps because of repeated storytelling (“customer relations”) by the reformer.

Free market think tanks spend most of their time and resources talking about “end states”—the ideal “Libertopian” solution. (Attend any free-market conference and you will discover this quickly.) Unfortunately, and to their detriment, they have failed to devote sufficient, if any, resources to study the process of opinion change, either at the policy level or cultural level (there is a difference).

Free market think tanks should hire scholars to systematically study cultural change and the science of persuasion, using everything from big data to neuroscience to behavioral economics. That way, they can be more effective in their mission to expand individual liberty through lasting cultural change by using proven methods of persuasion in a variety of formats.